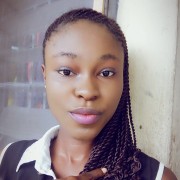 If you do not let go of your past you will pass with the past.

Most times we struggle because the people in our lives made bad choices and the results of those choices backfires and eventually we get involved.

It is important to recognize what had happened but do you have to stick to it? No

You have to stand up and move on. It might have happened years ago or yesterday but what matters is that it doesn’t have to remain there, that is why it is called the PAST cause it is meant to be behind and it is improper to keep the past before you, it blocks one from seeing the FUTURE.

A beautiful young lady was hurt because she was violated by her father’s younger brother, a man she called Uncle and for years she remained in pain because of the hatred in her heart for men.

To her they were all beasts, she couldn’t believe any man after all if her uncle could be that callous – her own blood , what could any other any other man not do.

The hatred grew day by day and occupied every aspect of her life, she was limited until she met someone who talked her out of the burden of holding onto the past.

It probably would have continued to imprison her if she had not made a choice to forgive him, let go and move on. We’ve all been hurt in one way or the other.

I guess there isn’t anyone who hasn’t had any bad experience in life. It hurts, yes. How you handle the hurt is far more important than the hurt. Whether to let the scar spread or for it to heal.

Blaming others for our awful past cannot be a way out of it rather it get us stucked in the pain. Until you are able to let go of those hurtful events you will continue to be a prisoner to them while they continue to steal your joy.

Be able to say “Enough is enough. I’m sick and tired of these bad experiences that keep coming back to hurt my today and stops me from moving forward”.

Those things that happened in the past can’t just go on their own , we have to make the decision to let go – to stop feeling the pain that accompanies the past, it doesn’t stop at making the decision but also being able to stick to it.

Since you cannot undo the past, the only decision worth taking is the decision to stop seeing yourself as the victim of awful experiences.

Then focus on the present and future cause making then better I’d the best way of correcting the past. Forgive not just those who caused you pain but also learn to forgive yourself.

The worse thing that can happen to you is being able to forgive others but not yourself.

Aim higher, achieve greater heights, with that you can let go of the past.

My name is Maryanne Theodore. I create content inspired and curated by my personal experiences and daily activities as a lifestyle entrepreneur which leaves you inspired and motivated to face life.

Welcome to Life With Tee. My name is Maryanne. I'm a lifestyle entrepreneur and blogger based in Nigeria. My close friends call me Annie Tee - a nick derived from my name.

Get My FREE Affiliate Marketing Guide

Want to get paid to solve beauty problems? Seriously. Partner with a company that’s profitable & purposeful without the confusion 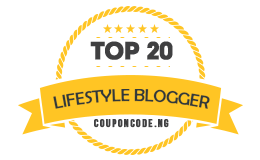